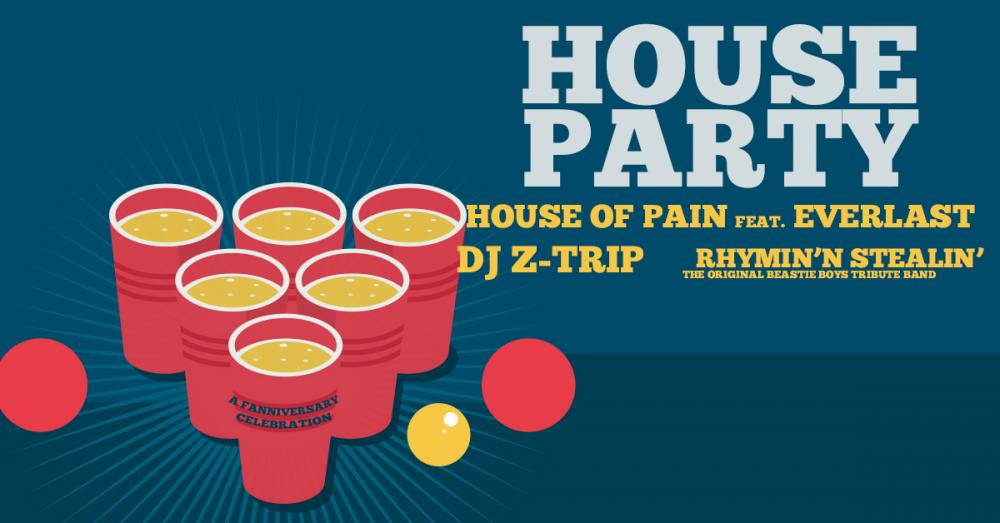 ABOUT HOUSE OF PAIN: House of Pain front man, Everlast (born Erik Schrody) began to make his mark in Hip Hop history books in the 1980's, where he became a front line "Syndicate Soldier" in Ice T's Rhyme Syndicate. His association with the "Original Gangster" led the young MC to a lucrative contract with Warner Bros Records, who released his debut album, Forever Exerlasting, in 1990. After the release of his first solo effort, Everlast formed House of Pain with high school friends Dannyboy & DJ Lethal. With the release of Jump Around, one of Hip Hop history's most infectious and easily identifiable songs, House of Pain were instantly elevated from an unknown all white hip-hop group to worldwide superstars, when the thuggish anthem became a massive crossover hit in 1992. With their signature drunken, bar brawlin', beer swindlin' sound in tow, the crew hit the road and quickly made a name for themselves, celebrating their Irish-American heritage by drinking prodigious amounts of alcohol, and raising hell on both record and stage.

ABOUT 105.3 THE FAN: As the premiere sports radio station in North Texas, 105.3 The Fan broadcasts with 100,000 watts of power to cover the Metroplex with relatable sports talk programming for everyone.The Fan is proud to be the flagship of the Dallas Cowboys Radio Network, the Texas Rangers Radio Network, NFL Football, NCAA Football and NCAA Basketball.