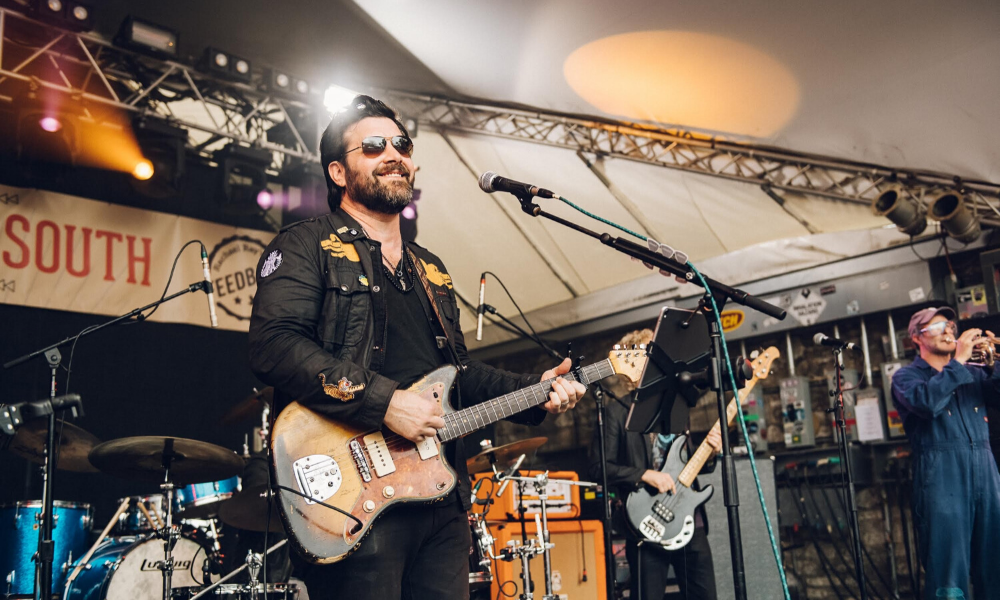 ABOUT BOB SCHNEIDER
Bob Schneider was born in Michigan and raised in Germany, where his father pursued a career as a professional opera singer. As a boy, Schneider studied piano and guitar, often performing at family parties and backing his father on drums at nightclubs throughout his youth. He went on to study art – his other primary passion – before moving to Austin and establishing himself as a musician. His fans, who often discover him from being brought to his shows by their friends, are fiercely loyal. Many have attended dozens or even hundreds of shows. Thanks to these fans, Schneider has won more Austin Music Awards than any other musician, including Best Songwriter, Best Musician, and Best Male Vocals, rounding in at 54 total awards to date.

He performs relentlessly, creates new music compulsively, writes poetry, and regularly shows his visual art in galleries. His most recent album “Blood and Bones” further cements his reputation as one of the most versatile, inventive, and engaging songwriters working today. Billy Bob’s Texas is excited to welcome Bob Schneider back for his sixth show at the World’s Largest Honky Tonk.