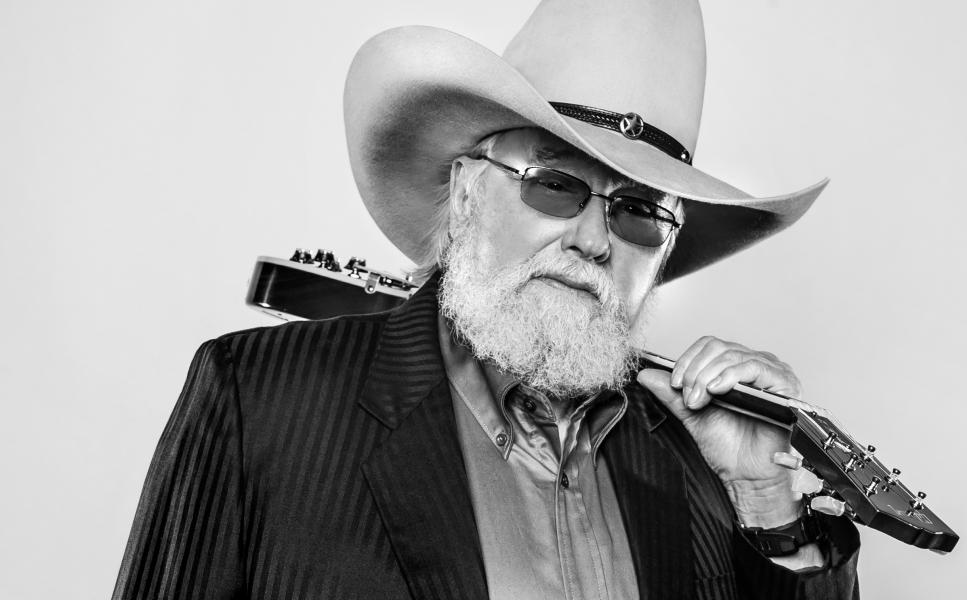 ABOUT THE CHARLIE DANIELS BAND: From his Dove Award winning gospel albums to his genre-defining Southern rock anthems and his CMA Award-winning country hits, few artists have left a more indelible mark on America’s musical landscape than Charlie Daniels. An outspoken patriot, beloved mentor to young artists and still a road warrior at age 81, Charlie has parlayed his passion for music into a multi-platinum career and a platform to support the military, underprivileged children and others in need. Raised among the longleaf pines of North Carolina, Charlie began his career playing bluegrass music with the Misty Mountain Boys. After moving to Nashville in 1967, he began making a name for himself as a songwriter, session musician and producer. Elvis Presley recorded a tune Charlie co-wrote titled “It Hurts Me,” which was released on the flip side of “Kissin’ Cousins.” He played on such landmark albums as Bob Dylan’s Nashville Skyline and tried his hand at producing the Youngbloods’ Elephant Mountain and Ride the Wind.

His own unique voice as an artist emerged as Charlie recorded his self-titled solo album in 1970 for Capitol Records. Two years later he formed the Charlie Daniels Band and the group scored its first hit with the top ten “Uneasy Rider.” Since then the CDB has populated radio with such memorable hits as “Long Haired Country Boy,” “The South’s Gonna Do It Again,” “In America,” “The Legend of Wooley Swamp” and of course, his signature song, “The Devil Went Down to Georgia,” which won a Grammy for Best Country Vocal Performance by a Duo or Group in 1979 as well as single of the year at the Country Music Association Awards. The CDB performed 100+ concert dates in 2017, including performances on the Grand Ole Opry and will perform another full concert schedule in 2018. “I love what I do,” says Charlie of his 60-plus years in the music business. “I look forward to entertaining people. When show time gets here, I’m ready to go, ready to go play for them. It’s a labor of love. I just thank God I make a living at what I enjoy doing.”