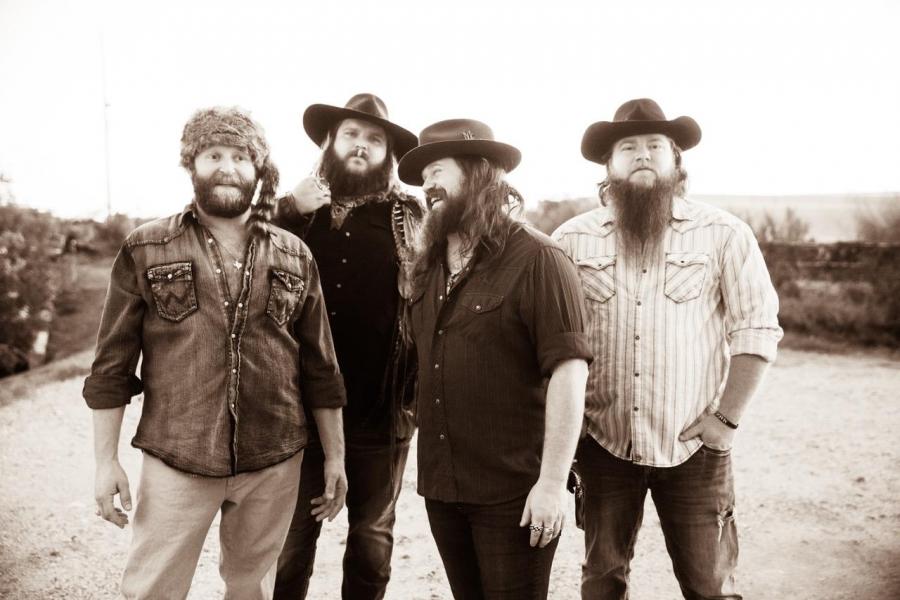 ABOUT COPPER CHIEF: Copper Chief is a central Texas band with deep roots compromised of four country boys that just love to rock n’ roll. Their music can be described as a breath of fresh air while puffing your favorite smoke. They may have been too busy playing with fire to have ever even picked up a genre rulebook, but the band draws from every corner of the musical canon while touching on several southern sounds that come together to birth a sonic experience hard to pin down. While Mike Valliere was completing his time at University of Texas in Austin, he played solo acoustic shows to make tuition, rent, and even a little beer money. During the winter of 2013 he headed up to Steamboat, Colorado to Music Fest, an annual music festival featuring Texas music that thousands of fans and artists alike make the pilgrimage to every year. Rio Tripiano happened to be in Steamboat playing the festival with his band too. The two musicians ended up meeting at one of the infamous penthouse parties. It was fate. After a long night together, it became apparent they shared many similar ideas and tastes in music. They exchanged numbers and life carried on. But, soon after Music fest Rio ended up in Austin and posted on Facebook that he was in town. Mike responded and invited him to play a show or two while he was staying in town. So, Rio came to Austin with his guitars, $80, a box of cereal and ended up exactly where he belonged. Over the next two years Mike and Rio played together around Austin and the central Texas area. The guys decided one night over a few backyard bottles to put their hearts in it and form a solid band to make soulful, original music. Fortunately, Rio and Mike both knew a bass player who just so happened to also be a close friend and would fit their vision. Enter Justin Lusk. The 3 harmonized their vocals and jammed together all over Texas with Mike on rhythm guitar, Rio playing lead and Justin on bass. They developed their original style while living on the road. One night on the way back from a show in Louisiana, Mike called a friend asking for someone to fill in on drums. As luck would have it, he was introduced to John Joseph Jammal II. In 2015 John began playing with the band at their Sunday night residency and was invited to play a few shows with them locally. After one particular gig that early fall, the group went out to 6th street to do some reveling. That night John became a permanent member of the band. Copper Chief was born. Within a few short weeks Copper Chief found themselves in a double wide trailer in Stephenville, TX cutting an album at Boyd Street Studios (now Melody Mountain Studios). They reunited with friends Ben Hussey and Josh Serrato to produce their debut, self-titled album. This album was the brain child of all the elite members of this outfit. In the studio the songs took on a life of their own through collaboration and flare of each member. The journey turned into a roller-coaster of songs for the listener. From songs like “Jericho”, written about growing up and realizing the need to open oneself to real love, to wild stories of voodoo and a romp through New Orleans like “Faster Than The Flame”, all the way down to “Muddy Water”, that will have you feeling high on top of the world, the first album says “Hello, we are Copper Chief. Now watch this!” Since the release of “Copper Chief” the band has been burning a path across Texas and the surrounding states to steadily growing crowds. They have shared themselves and their music with countless fans at festivals and sold out shows and take pride in their high energy performances. Copper Chief makes the music that flows through them naturally. They aren’t afraid to show who they are individually or as a whole. They aren’t afraid to carve their own place out on the musical landscape of the world. And they certainly aren’t afraid to play with the knife sharp enough to carve that place out.