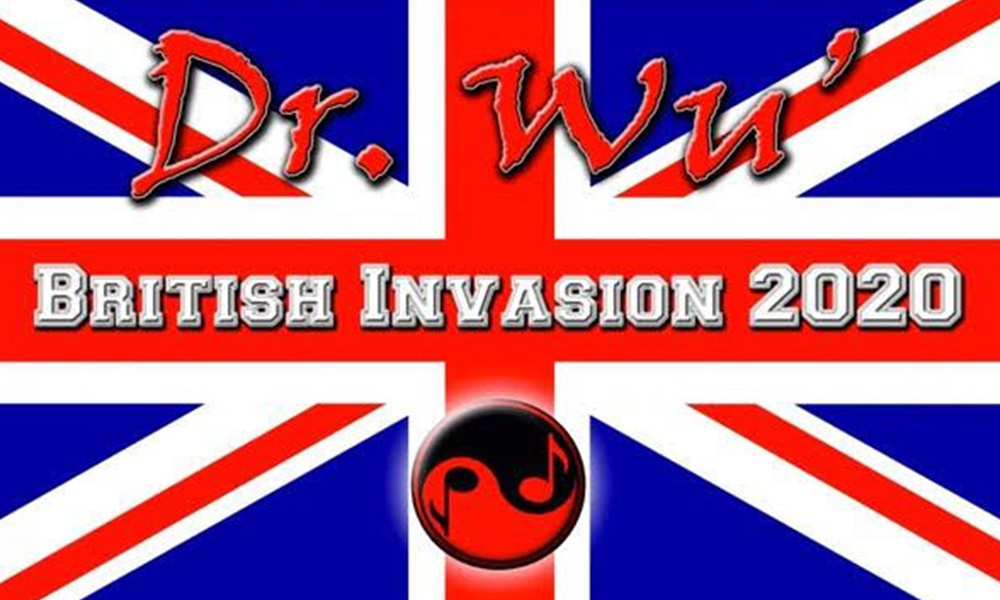 ABOUT BRITISH INVASION: Band mates JIM ASHWORTH and BRYAN FREEZE formed Dr. Wu’ in 2002 playing in various local bands, starting in the early 60’s. The name was taken from a Steely Dan song that encourages us to live life to the fullest and strive to be the very best that we can be. With this as their goal, they set out to record a series of original music, utilizing guest appearances by local musicians.  Dr. Wu’ has now recorded 6 CDs featuring over 30 local musicians and just released their latest, “A Night of Classic Rock and Blues…Live at the 81 Club”.

Jim and Bryan have put together a stellar list of musicians who grew up listening to the timeless music of British Rock Bands.

MICHAEL ‘MOUSE’ MAYES will handle lead guitar and vocals. Mouse has been a key member of Black Oak Arkansas, Point Blank, The  Voodoo Kings and currently the Buddy Whittington Band.

DANNY HUBBARD will also be playing lead guitar and vocals. Danny was a key member of the infamous Sidemen and currently plays with several local groups including Faster Horses, Empty Pockets and the Rhythmators.

The backbone of Dr. Wu’ is our rhythm section featuring Wayne Six on bass and Mike Gage on drums. Wayne and Mike have been permanent players in the Buddy Whittington Band for over a decade.