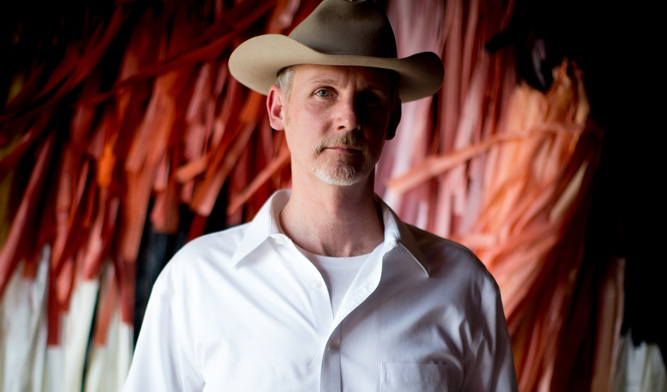 Texas country singer-songwriter Max Stalling pens tunes that connect, songs that form a snapshot of his life, songs that make an album. Five years after his last record, 2010’s relaxed honky-tonking opus Home to You, Stalling felt compelled to mold a full-length record. One-off singles are great, he admits, but there is such artistic strength in a cohesive body of work. Enter Banquet, Stalling’s sixth studio album, which is set for an early fall release on his longtime imprint Blind Nello Records. Produced by A-list Texas music helmsman Lloyd Maines and recorded at The Zone in Dripping Springs, Banquet boasts 11 tracks played by Jason Steinsultz on bass, Tom Lewis on drums, Bryce Clarke on guitar and mandolin, Heather Stalling (Max’s wife) on fiddle, Maines on steel guitar, and Stalling himself on guitar and lead vocals. The project was engineered by Pat Manske. In many ways Banquet is quintessential Max Stalling – a batch of uncluttered, melodic, beautifully played vignettes about life, the oddities of the human condition, struggles, broken hearts, and even one titled “All the Way,” which is about “an existential discussion of the rarified condition of being,” Stalling wryly declares.