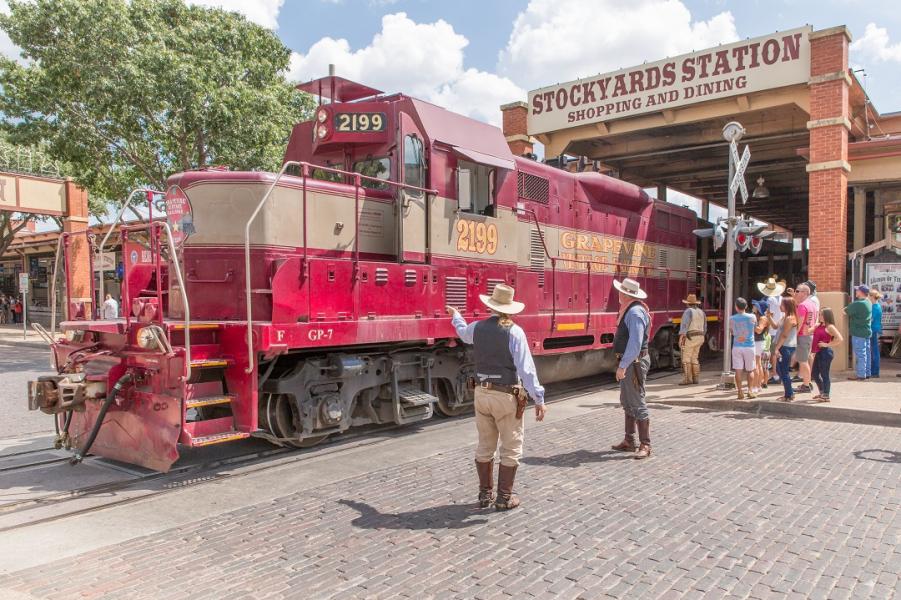 This excursion starts in the Historic Fort Worth Stockyards. Passengers will then ride along the rails on the historic Cotton Belt Route for 30 minutes before returning to Stockyards Station. This excursion is perfect for families with small children or those who just want to get the experience of riding on a train.

*NOTE: Online advance ticket sales are not available for this excursion. Tickets for the Trinity River One-Hour Train Excursion, originating in the Fort Worth Stockyards, will not be available online and will be sold ONLY at the Stockyards Station Ticket Booth.  Cancellations or delays are likely to occur due to rail traffic, construction and other unforeseen circumstances.

Saturdays and Sundays only until Memorial Day (it will run Memorial Day). Friday-Sunday excursions begin June 1st until August 19th. During Spring Break, March 12-16, the train will run every day.

Trinity River Ride: $12 for first class and $10 for touring.
**Schedule is subject to change.