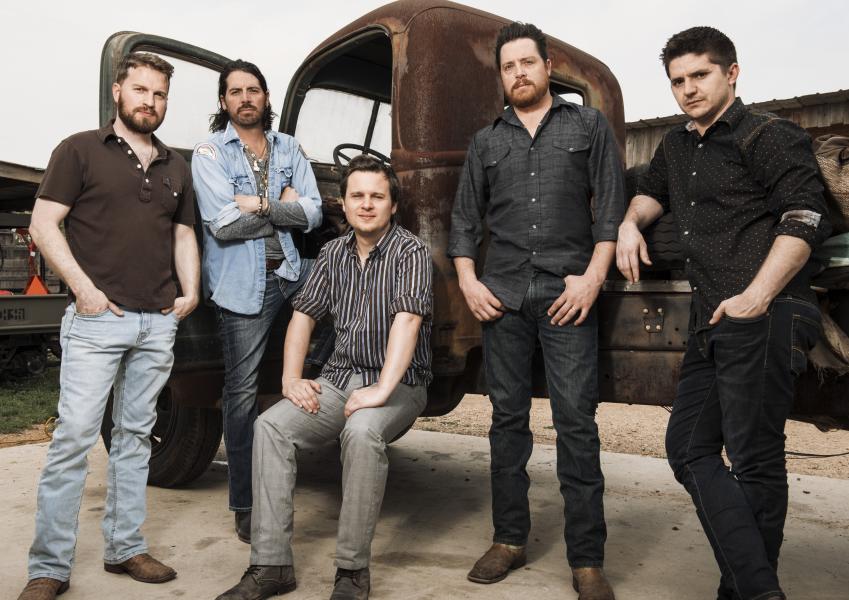 Micky and the Motorcars

ABOUT MICKY & THE MOTORCARS: Led by frontman Micky Braun and his brother, guitarist Gary Braun, along with childhood friends Travis Hardy on drums and Mark McCoy on bass, Micky & the Motorcars rolled out of the Sawtooth Mountains of Stanley, Idaho in a cloud of Americana dust. The sons of veteran Western swing musician Muzzie Braun, Micky and Gary, along with older brothers Cody and Willy, spent their childhood as part of Muzzie Braun & the Little Braun Brothers band, and were stage veterans before their teens. Eventually Cody and Willy Braun left the band to form Reckless Kelly, with Micky and Gary soon following suit, moving to Austin, Texas with Hardy and McCoy as Micky & the Motorcars. Once in Texas they added Joseph Deeb on lead guitar, rounding out the group's lineup. Developing a straight-ahead style of alternative country/rock, the band released an independent album, Which Way from Here, in 2002, following it with Ain't in It for the Money on the Smith Music Group label in 2004. Hardy and McCoy later gave way to a series of lineups that solidified in the early 2010s around Bobby Paugh and Joe Fladger, respectively, on drums and bass.