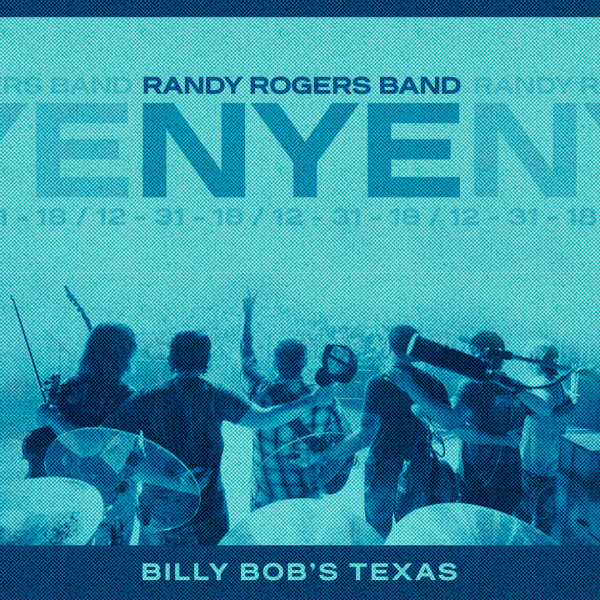 ABOUT RANDY ROGERS BAND:  Authenticity isn’t something that can be manufactured in a studio. It’s not a craft that can be learned or artfully practiced. It comes from living life. It’s the by-product of blood, sweat and tears and as the foundation for music, it elevates mere entertainment to compelling art. “You’ve just got to be true to yourself and you can’t fool anybody,” Randy Rogers says of the band’s philosophy. “As a whole, our body of work is pretty consistent with our live show, and the band that plays on the record is the band that you go see." The Texas-based band has kept its lineup intact since 2002, and the group has reached the Top 5 of Billboard’s country albums chart with each of its last three studio releases, including 2016’s “Nothing Shines Like Neon.” The group recently completed a new album, set for mid-2018 release, at Nashville’s historic RCA Studio A with GRAMMY-winning producer Dave Cobb (Chris Stapleton, Jason Isbell, Sturgill Simpson). Over the course of a dozen releases and multiple major award nominations, Rogers and his band have gone from rowdy college-town bar group to one of the most successful, longest-running acts in the always burgeoning Texas music scene. A group that’s regularly on the road 200 dates a year is booked deep into 2018 to play fan favorites like “Tequila Eyes,” “Tonight’s Not the Night,” “Kiss Me in the Dark” and “In My Arms Instead” all across the country. The music has evolved as they’ve soaked up life experience. “As men, we’ve all matured and lived a lot of life together,” Rogers says. “We’ve had a few breakups happen to us. We’ve had babies. We’ve had life changes. I’ve been in this band 17 years so a lot has changed. I still listen to Merle Haggard every night. I mean that hasn’t changed, but a lot has changed for us musically and privately. We all are in a good spot and we all are just as good friends as when we started.” Camaraderie and creativity have made Rogers and bandmates Geoffrey Hill (guitar), Johnny “Chops” Richardson (bass guitar), Brady Black (fiddle), Les Lawless (drums) and Todd Stewart (utility player) one of the top bands on the competitive Texas music scene.  A native of Cleburne, Texas, Rogers grew up addicted to traditional country music. “I wanted to be George Strait when I was in the sixth grade,” he says. “I grew up listening to Willie Nelson and Merle Haggard, I’ve listened to them more than anybody else, my whole life. I always liked songs. I always wanted to find out who wrote the songs and what the songs were about.” Like many artists, Rogers got his start performing in church and then expanded to local venues. “I could write a song when I was pretty little, 11, 12 or 13,” he says. “It’s like a kid who could do calculus or something. It was just something that clicked in my brain for me. I went and finished college and got a degree in public relations and then started a band.” Since then the Randy Rogers Band has steadily built a following that has spilled beyond their native Texas. “You come to a show, you know what you’re going to get,” Rogers says. “We’ve worked hard at making ourselves better on stage and we care about our live show. It’s a way to come out and unwind, and we’ve stuck to writing songs that are about real life, about breakups or divorces, falling in love or babies being born and, in the case of this record, even death, the ups and downs of life. People can relate. That’s what country music is supposed to be. Our band has been around for a long time because there’s no bullshit to us. We’re not in it to be rich and famous. We’re in it to make a living, provide for our families and do something that we all love. You can’t fool people and we haven’t ever tried. I think that’s the key.”